As legend has it, the castle was founded by the Huns. As is generally true for legends, everything is not quite accurate.

Certain tribes that were searching for a home in the Pustertal during the time of the Migration Period were identified as the Huns.
The castle is first mentioned by name, however, quite late in 1423!
The owners in the 13th century were the Görzer Grafen (The Counts of Gorizia). The castle was an important base in the Pustertal and thus a District Court. The actual seat of the judge, though, was in Sillian. After the Counts of Gorizia died out, the Hinfels castle went to Kaiser Maximilian the First.

He was not able to hold on to the castle for a long time because of a lack of money – he soon pledged it to the prince bishop of Brixen.
The farmers ofTyroldid not comply with this reign as evidenced by the peasant uprising of 1525. The farmers refused to pay interest and acted as an (united) organization. In the subsequent years the castle changed hands frequently. It was partially destroyed by fire (1613) and by an earthquake (1714).
Today it belongs to a Viennese attorney and should again be made accessible to the public. 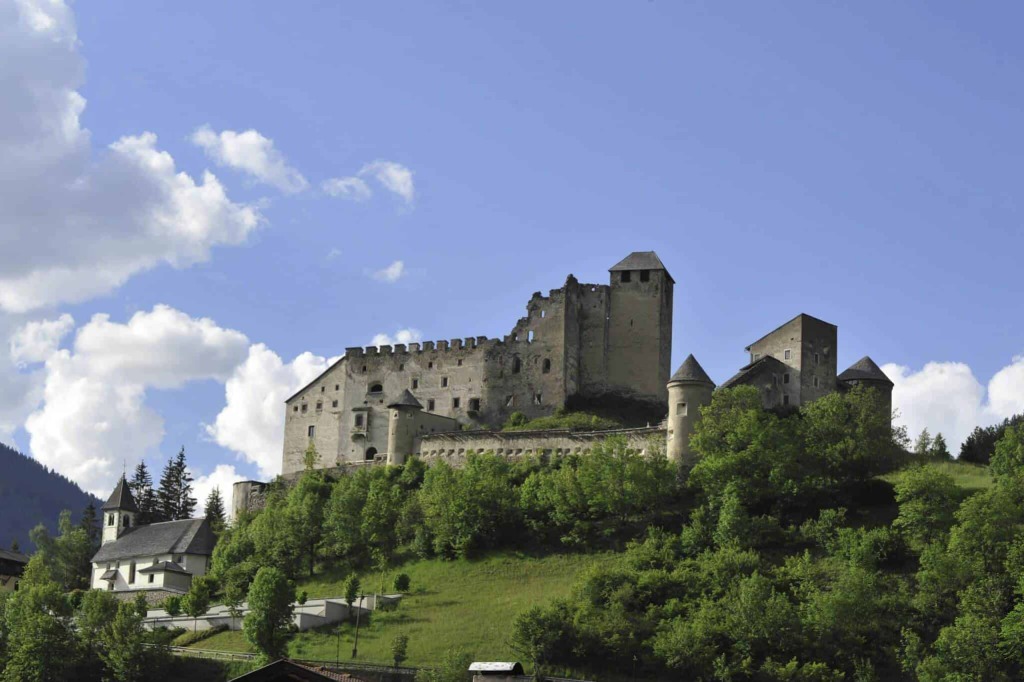 Register here for our newsletter and you will always be informed
about news and offers from the Strasserwirt.
Menu
Facebook
Instagram